This tutorial is intended for use only in a local testing environment on Windows. For a production server, please refer to the official documentation on the Apache site.

Apache 2.2 adopts a modular approach to its main configuration file, httpd.conf. Although you can still put everything in the one big file, it’s more efficient to use external files, and include only those that you need to implement. Consequently, it’s no longer recommended to define virtual hosts at the bottom of httpd.conf. Instead, you include an external file called httpd-vhosts.conf.

The other change is that Apache 2.2 imposes stricter permissions than previous series, so you need to add an extra command to the virtual hosts definition to prevent getting the following message when accessing a virtual host:

Because of the permissions issue, I recommend creating a top-level folder to hold all virtual hosts in your local development environment. The following instructions assume that all virtual hosts are located in a folder called C:\vhosts.

NOTE: Security restrictions on Windows Vista and Windows 7 prevent you from saving edits to the files referred to in these instructions, even if you are logged in as an administrator. To get around this restriction, open Notepad or your script editor from the Start menu by right-clicking the program name and selecting “Run as Administrator” from the context menu. Then open the relevant files by using File > Open inside the program you have just launched. By default, Notepad shows only files with a .txt file name extension, so you need to select the option to view All Files (*.*) in the Open dialog box. You can then save the files normally after editing them. (If you’re using XAMPP, this restriction applies only to steps 2–4.) 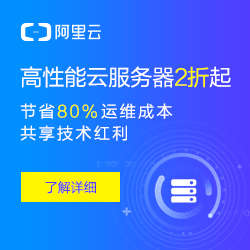